Despite my years of experience, I still have tremors of uncertainty when it comes to art appreciation. If I feel unsure about an aspect of a play or a painting, I usually think it is surely because I have failed to comprehend its depths, and it would be best if I kept quiet and didn’t show my ignorance. That’s why I really enjoyed Tommy McArdle’s adjudication of the Steward of Christendom by Sebastian Barry performed at the Cavan Drama Festival – he put into words everything I thought. It is such a pleasure having your thoughts vindicated by a professional!

I really enjoyed the play, though I felt some of the soliloquies were over long and lapsed into ‘story telling’, as Tommy McArdle described it, as opposed to dialogue. Sebastian Barry wrote it as a novel. It is beautifully written. The language is very lyrical and expressive. It is a challenge to convert into a play. I thought the Moate Club of Naas, Kildare were extremely courageous to do it, particularly Padraig Broe who played the leading character, Thomas Dunne.

The play is about an old Superintendent of the Dublin Metropolitan Police who has been put in to the county home in Baltinglass by his daughter due to his anguished ravings stemming from his job as a Catholic superintendent during the Lock Out in 1913, the grief imposed by the loss of his wife in childbirth and the death of his young son in the First World War. The play explores that off side place between lucidity and madness that history, memory and emotion can take us to. The other characters in the play, the Home Supervisor who was the jaunty torturer of the old man (Eugene Delaney),  and the seamstress, Mrs O’Dea (Ann Hurley) as well as the three daughters all kept the  revolving nature of the play between past and present, lucidity and madness, focused and sharp. It was excellent. I am so glad there was a good a turn out. It is amazing how much work and commitment goes into these productions and the Cavan Drama Festival has to be praised and thanked for the excellent entertainment. I am only sorry I got all my dates wrong. I thought the Festival only started last night!!

This confusion is partly due to overloading of a poor writer’s brain this week. I am sure that this ‘overloading’ didn’t used to happen when I was an overworked community development practitioner. Maybe this is because it was all shaped into one pattern of ‘work’, where as now my activities are more random. This week I have been moving my daughter in Dublin, facilitating my poetry workshop in Cavan, tendering and interviewing for a contract in Bailieborough, settling in a new young (mad) puppy at home, reading in Trim at the launch of Boyne Berries, trying to maintain my writing, and keep in touch with International Women’s Breakfasts being organised across the county by Breffini Belles of which I am a member. 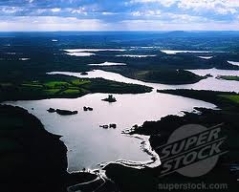 AT The Edge Cavan

But, the reason I am saying all this is to get to the most exciting part: I have been funded a wee sum of money by Cavan Arts Office to try to establish a bi-monthly literary event in the Johnston Library, Cavan between now and Christmas 2014 where local people and aspiring local writers can have the opportunity to hear published authors and/or poets.

In Cavan, we have numerous writers and poets, writers groups, and local workshops, but there is no outlet for aspiring writers to read their material so following each of the readings will be an open mic session for local writers to perform their own work. The aim is to create a regular, popular, literary space in Cavan which is accessible and entertaining. I am calling it ‘At The Edge, Cavan’ and I am working closely with ‘Over The Edge’ in Galway from whom I stole the idea (with their permission). The first ‘reading and open mic’  will take place on Tuesday 6 May between 6.30pm and 8pm and thereafter the first Tuesday in July, September, November and December. So keep those dates free. I am organising the readers at the moment. If you are interested or want more information contact me. I will blog further when I have more details.

Oh, I was delighted to be shortlisted in the Doolin Short Story competition last week too. Congratulations to the winners and to the festival organisers. The weekend sounded brilliant.