I have a very serious and sober announcement to make. I am about to have my debut book of poetry published by Lapwing. It’s called AT The Edge. It’s by Kate Ennals…and I’m lolling about under the table, tongue hanging out in pure excitement! A Poetry Book by me! I thought about writing under a nom de plume as I am not sure Kate Ennals has the ring of a poet. It sounds rather too Anglo Saxon. I wanted something dreamier, romantic. Maybe Cait Petit Jeune (my French grandmother’s maiden name), but I felt that was too remote. I tried an anagram of my own name and came up with Ken Sentale, Anna Sketle, and Natal Knees, all still rather harsh. I wondered about it. What would encourage people to buy the book? Kate Ennals, I thought.

Anyway, I hope you all like it. Please note the blurb on the back when/if you do buy it. I worked on that particularly carefully. After all the detailed editing, and proofing, Lapwing asked me to do a paragraph for the back cover. I had no idea what to write so I looked at other poetry books. Hum, a little pretentious, I thought, even on the covers of those poets whom I really admire. I mentioned this to Lapwing who told me it was all about gilding the lily. I liked that. It might be the title of next volume, Gilding My Lily by Natal Knees. But let’s not get ahead of myself!

My book launch is in Cavan at the Townhall on Friday 4 September and in Galway on Friday 11 September at the Museum with Over The Edge. Noel Monahan is launching it in Cavan and Kevin Higgins is launching it Galway. I hope you can all come! But more of that later. Watch this space and Face Book, the newspapers, the Six O’clock news, Twitter, the Huffington Post, the New York Review of Books, A…A…rena! Now, I am getting carried away!

You’ll be able to order the book from Lapwing or myself or from any good bookshop (but if it’s the bookshop, the poet and publisher are paid less). It is £10 or €15 including p&p. Contact details lapwing.poetry@ntlworld.com or kateennals@live.co.uk.Yee Hah! 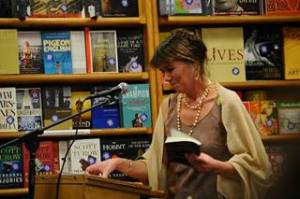