Sunshine lanced the streets of Cork last week as I dashed across rivers and grand parades and malls between the butter market, Nano Nagle house, the library and theatre, discovering poems – specifically in markets, libraries, theatres but also metaphorically in the river, the streets, the cobbled lanes, churches and art galleries. Cork is a fine city, indeed, and last week it was a cornucopia of poets, poems, and performances and the perfect setting for The international poetry festival organised by Pat Cotter and James O’Leary of the Munster Literature Centre.

It was a fabulous week of words – both poetic and conversational. Every morning, over fruit, museli tea and toast, Geraldine Mitchell and I waxed and waned over Pat Boran, Sasha Dugdale, David Harsent, Kim Addonizio, Jessica Traynor, Kim Moore and other fine poets, too many to list.

My days began with the workshops in the beautifully renovated Nano Nagle house. The Wednesday facilitator was Pat Boran. My poem was up first for discussion. Well, it was less of a discussion and more of an opportunity for Pat to take the poem, hang it upside down and shake out its flaws, using them to discuss the importance of shape, sequences and trajectories. He said he thought my poem was written by a young girl. Now since I am a woman hitting 60 this year, with all anxst and grumpy jaundice associated with that age, I was thrilled to know my poem still had bounce, innocence and naivety! I joke. All the facilitators (I don’t like the word ‘master’) were interesting, informative with very different styles. The men were confident and assertive, the women were attentive to detail. Tout ca change.

The poetry sessions in the afternoons in the library had a raggle-taggle, bohemian flavour. People drifted in and out, to and fro, and the beloved poems tripped around the book shelves and library patrons in excitement and glee. The hard listening came in the evening at the Cork Arts Theatre. The poetry was delectable, compassionate, dialectical, heart rending, real, humorous, but you need to listen hard to appreciate its pleasures. So, at the end of the day, I staggered back up the hill to the Buttermarket B&B and fell between my sheets, exhausted, but exhilarated and excited for breakfast when I could mull over the strengths and foibles of the poems and poets I had heard with Geraldine.

The highlight of the festival for me was Tomasz Rozycki, a polish poet whose book I ordered immediately from Zephyr Press in the States. I got so excited by his poems. They were tense, political, emotional, dark, light, beautiful and clever. His performance was magical. I also loved Kathryn Maris whose book I couldn’t buy as I had run out of money…but I will track it down again. Billy Collins performed the grand finale. His poems have a special place in my heart. He makes me laugh and leaves me chastened at the same time.

Now, I am back in Cavan, living the Brexit nightmare  and already missing my Cork breakfasts and poems! But Poppins is happy to see me,  the sun is still shining and I still have the cheeses from the English Market to eat! 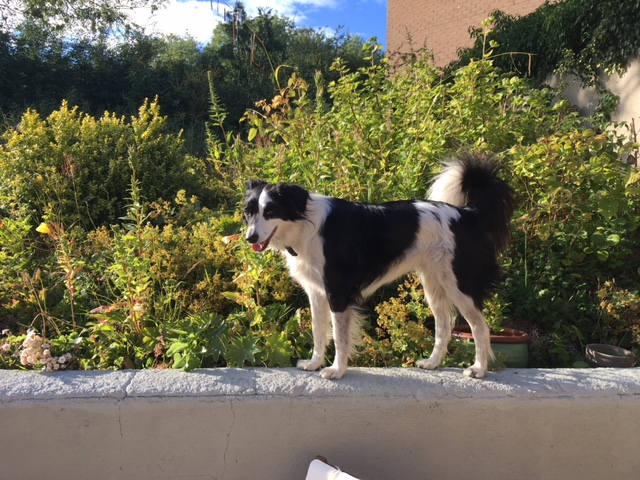