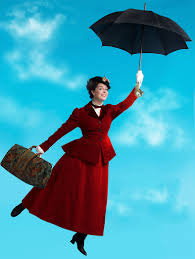 I had a wonderful time in Trim last night where I read as part of the ten person shortlist in The Battle of the Book competition, itself a feature of the Swiftsatire Festival on this weekend.

As judge, Niamh Boyce, made very astute observations and comments on each entry (well, she voiced exactly what I thought, anyway, other than on mine which, of course, was positive but it is so hard to hear encouraging words about one’s own work without instantly dismissing it as worthless). But what was really hilarious was the impertinent criticism and commentary provided by Michael Farry (writer) and Peter Higgins (solicitor) on each piece to help ‘support’ the audience to come to their own decision as to which entry deserved first place. So, well done to them, and to He Who Must Be Obeyed aka Paddy Smith who was Master of Ceremonies, and to the two winners, Angela Finn who won the overall prize and Mark Doyle who was the audience choice. I went with two Cavan poets, Antoinette Rock and Patricia Doole, and we all really enjoyed the evening. It was educational, funny and extremely entertaining.

It was also wonderful to get shortlisted after a folderful of rejections over the past few months…and it was for a poem about my heroine and role model, Mary Poppins. It was therefore slightly ironic when I got home after leaving my young puppy, Poppins, (named after the great Mary herself) alone for six hours to discover that she in turn had deposited a variety of her own poetic, steaming contributions across the kitchen floor! I hope you find mine more refreshing.

At first it was great. I loved the escape.
We’d paint our dreams and jump right in,
race on mares from the carousel,
create castles of sand, waltz with animals.
Even when I was ill, it was no bitter pill
She’d give me a spoonful of chips and pale ale.
Mess? We’d make as much as we pleased
for with a click of her fingers, it was cleared.
We danced on the roof tops with chimney sweeps,
we took tea on the ceiling,
a perfect treat!

But life like this, it isn’t real.
It makes a marriage a touch surreal.
I tried to talk to Mary, to explain
we should move on, there was no shame
in settling down. It was the first time I saw her frown.

Practically perfect in every way
is what Mary used to say.
But Mary never understood the facts of life.
She knew what was right and what was wrong
about banking and suffragettes
and singing a song.
But while Mary could pull a dove from her skirts
and feed the birds,
she knew nothing of how to make children.
For me it became a bit of a burden.
For a man’s a man
He has to do what he can.

Can you imagine Mary naked,
having rampant sex?
No, it’s not what you’d expect.
And she didn’t either.
In fact she slept
with her Poppins clothes on,
yes, fully dressed,
with her parrot umbrella for extra protection.
At first, I thought it a real turn on
but when the Parrot was scathing
at my attempts at love making,
well, it put me off.
It didn’t help that Mary scoffed.
As she does.

I tried my best to make our marriage work
but alongside Mary, I looked a jerk.
What she gave to Michael and Jane and the Banks Family
she couldn’t give to herself and me.
When I suggested it was time for us to set up house,
maybe in Bournemouth,
she stuck up her nose, sniffed and pouted her mouth
She put up her umbrella and sailed away,
East or was it North?
I heard the parrot whisper
Get a divorce!

The Banks family didn’t seem to mind when she left,
the day the wind changed
and we were estranged.
But me, you know, I was bereft.
I remember, everyone having fun flying their kites
Even my old rival, Dick Van Dyke.
They didn’t notice Mary fly away,
one gloved hand holding that parrot umbrella
clutching her carpet bag in the other.

But I saw that tear on Mary’s sculpted pink cheek
and knew that silently she wept for me.

And, talking of festivals, while writing this I was also listening to Four Thought on Radio Four. I heard Jasper Fforde talking at the Hay Festival. It was an excellent treatise on the failure of our imagination in modern times. It’s definitely worth a listen. Google Four Thought BBC Radio 4 or maybe the attached link will work.

One thought on “Mary Poppins in Trim”